After years of being under the radar, vineyard workers now have people clamoring to take their side.

He’s known by his coworkers as “mil usos,” meaning one who can do anything. He’s seen as a superhero, the Albert Einstein of their time. And their lofty praise was reinforced recently when he was named the Sonoma County Grape Growers Foundation’s 2021 Vineyard Employee of the Year.

He’s Roberto Alvarez Flores, a native of Mexico who started as a field employee at Sangiacomo Family Vineyards more than 22 years ago and has worked his way up to become one of the company’s top supervisors.

“It seems there is never a problem that Roberto cannot deal with,” said Steve Sangiacomo, managing partner of the winery. “He has the intellect, desire and patience to tackle tasks that are presented to him, whether laying out a vineyard development, organizing delivery of grapes to wineries or overseeing special projects.

“Roberto has a high desire to learn. He welcomes challenges to broaden his skill development, like installing a new, complex irrigation filtering system, overseeing the grounds to our hospitality experience and managing a team of delivery trucks to all of our wineries. As our whole team often says, ‘Roberto can do it all!’”

Alvarez is humbled by all the praise.

“I am very grateful to know that my team thinks that of me,” he said in Spanish, translated by his son Roberto Alvarez Jr. “But it is thanks to them that I can lead them with compassion and clear direction because it would be very difficult to do so if I didn’t have that established respect with all my co-workers.

“I am aware that I am just a simple worker who always tries my best. And I always feel that inspiring others to learn is important.”

Alvarez was surprised that he won the Vineyard Employee of the Year award, one of the most prestigious in the wine industry.

“I was filled with emotion,” he said. “I never imagined that my work would be recognized at that level. This means a lot to me, and I thank the Sangiacomo family for the great opportunity they have given me. This award will also serve as motivation for my work.”

Alvarez received the award at the Sonoma County Grape Growers Foundation’s Employee Recognition Celebration at Saralee & Richards Barn at the Sonoma County Fairgrounds on May 7. He was given a trophy, $1,500 gift card and swag bag, and Congressman Mike Thompson will hand-deliver a congressional resolution.

His parents, Norberto and Maria G. Alvarez, arrived from Mexico the day before he received the award, so they were able to attend, along with his wife, Berenice, and about 350 other people. Their children, Mayra, 21, Roberto Jr., 20, Valeria, 14, and Jesus, 7, were also present.

“It was extremely important to have my parents and the rest of my family there to share such an important moment in my life,” Alvarez said.

Norberto worked for Sangiacomo Family Vineyards for about 35 years, beginning in 1975.

“He was a very reliable, hardworking and dedicated vineyard employee,” Sangiacomo said. “It is easy to see where Roberto got his values.”

Alvarez immigrated to the United States in 1994, working in agriculture in Potter Valley, California, until 2000, when he decided to move to Sonoma and begin living and working at Sangiacomo.

He initially focused on seasonal jobs such as harvesting, pruning and lopping, and then moved on to installing stakes and digging ditches for irrigation. In 2004, he began installing irrigation systems.

“My work focus is much broader now because I am responsible for a crew of workers, frost control and the development of new vineyards,” Alvarez said. “During harvest, I also deliver grapes to wineries by truck and do just about everything related to the vineyards.”

Alvarez said that his grape growing roles have taught him the value of collaboration.

“I have learned several lessons during my time working in grape farming, but I think the most important for me has been the importance of collaborating with others,” he said. “Working in grape cultivation requires the efforts of many, and learning to collaborate with different people has helped me to make sure the work runs smoothly.”

“He is very effective in bringing out the best in employees with his loyalty and giving them the support they need throughout all their job tasks,” he said. “Roberto leads by example with his calmness and work ethic, which allows for employees to mirror that style.”

Sangiacomo said that in addition to Alvarez being a valuable employee, he and his family have enhanced the overall feeling and culture at the property.

“Roberto is an exemplary employee with his work ethic, leadership and loyalty, and most importantly, he is a very good person,” Sangiacomo said. “As my brother, Mike, my sister, Mia, and I have said, he is a good example for our children because of the person he is.

“Roberto has lived on our family ranch for a number of years and it has been amazing to see his children grow up, attend local schools and universities, and follow their dreams. Roberto’s family is one of the many examples we have had of three generations working on our ranch, just like our family. We believe in doing everything we can to provide opportunity for the next generation to succeed. That is the core of what our multigenerational family business stands for.”

“Without them, I am sure that we wouldn’t be here, since they have provided so much help,” he said. “Thanks to them, my children have been able to pursue their academic dreams. Never in my life would I have expected to meet people as considerate, generous and kind as the Sangiacomos. They are like a great blessing.”

Mayra is pursuing a master’s degree in family therapy while Roberto Jr. is working toward a degree in wine business at Sonoma State University while working part-time at the winery.

“I am extremely proud to know that one of my children followed in my footsteps and has been interested in working with everything related to grape growing,” Alvarez said. “Since I was successful in grape growing, I wish him the best in his studies and work. And hopefully, he will develop the same passion and love that arose for me from working at the vineyards.”

Sangiacomo is hoping that Roberto Jr. will continue the Alvarez legacy at his winery by choosing to be a full-time employee once he completes his studies.

“We would love to have Roberto Jr. be part of our vineyard team,” Sangiacomo said. “He is very smart and driven like his father, so whatever he puts his mind to, I know that he will accomplish it.” 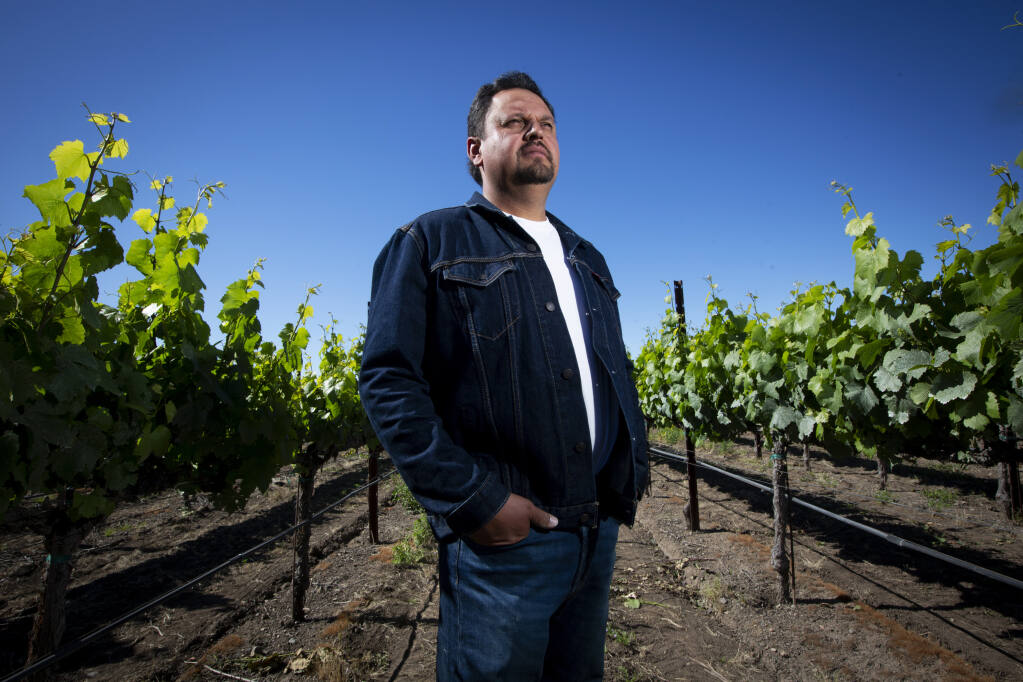 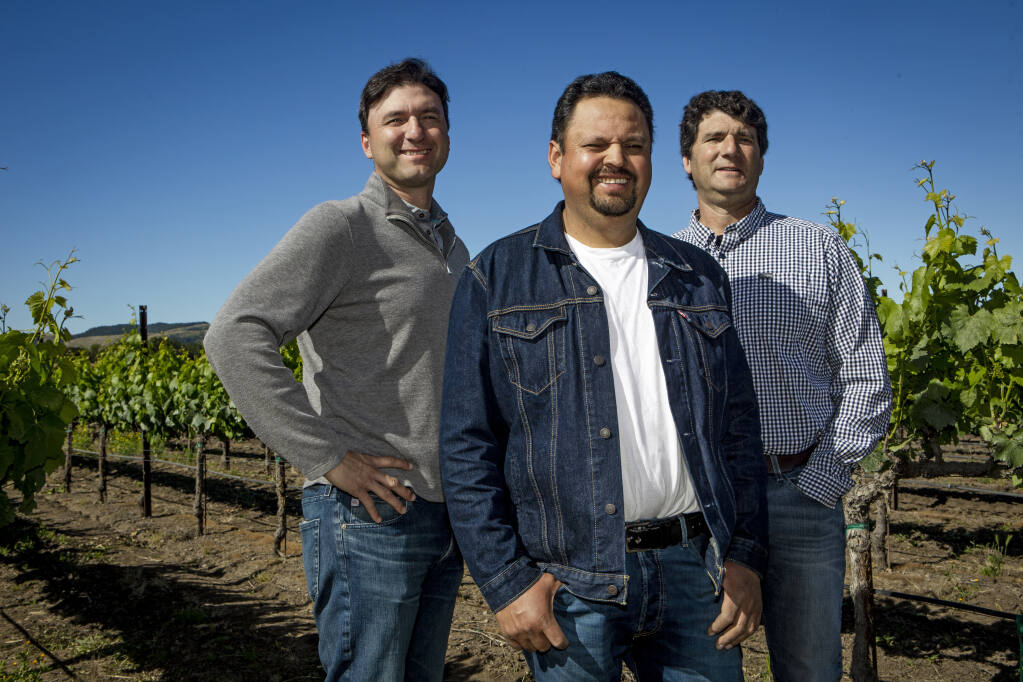